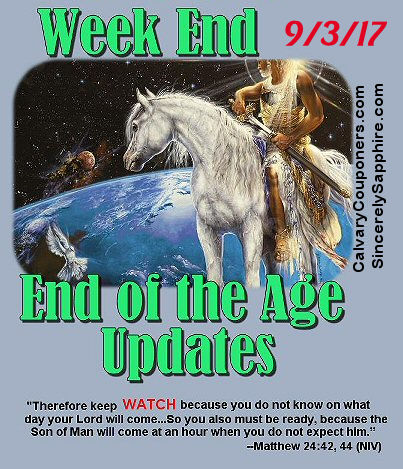 Hello everyone!  I hope you are all well, especially all of you in Texas and those of whom like me, have family and/or friends in the areas affected by Hurricane Harvey.  What a traumatic week we in the US have had this week!  That’s not to say that those outside the US haven’t been through a great deal as well, as our prophecy updates for this week will show.

In light of Hurricane Harvey (and Hurricane Irma brewing in the Atlantic), I encourage you to take a look at Bill Koenig’s book, “Eye to Eye:  Facing the Consequences of Dividing Israel”.     Also, if you are in a position to help those who were badly affected by Hurricane Harvey, I encourage you to visit the SAMARITAN’S PURSE website and make a donation to help.  That’s run by Franklin Graham.  Please be cautious of scams online and elsewhere and protect your gift by those taking advantage of this catastrophe and give to a source that is trusted and respected such as Samaritan’s Purse.

With that said, let’s get on with this week’s End of the Age Prophecy Updates!  —>

(this week’s video isn’t a prophecy update, ,but check out his channel for his teachings)

Take a look at Doc’s book about this subject here –> 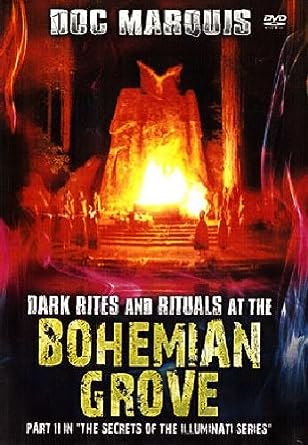 IS convoy stranded in Syria desert after US bombing

Hezbollah accuses the U.S. of putting lives at stake by hounding ISIS convoy

The great Saudi sell-off: why bankers and lawyers are flocking to the Gulf

Thousands of Rohingya flee Myanmar amid tales of ethnic cleansing

Germans in Aachen get free iodine amid Belgium nuclear fears

China says detects a second quake in North Korea of magnitude 4.6, which it termed as a “collapse”

US, Japan, discuss ‘growing threat’ as North Korea claims to have H-bomb warhead

US Embassy in Cuba hit by new sonic attack, 19 Americans have brain injuries and hearing problems

The anti-monopoly ideas Google tried to suppress are growing influential

Tourists flock to Iceland volcano due for massive eruption

In devastated Houston, ‘nobody hates anybody’ as people come together

Downpours may hinder cleanup and recovery efforts in Texas, Louisiana early this week