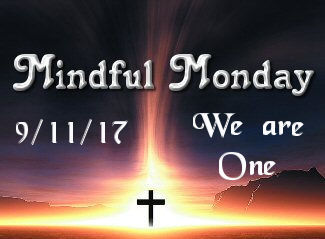 But then one day after another evening of holding my emotions in check after taking the intercity youth home in the youth van after the entire trip with them belittling me, calling me names, laughing at me, I was met with a post-it note on my car windshield.  It was by the associate pastor relieving me of my duties.  I had been accused of using the church van for non-church reasons.  Nobody approached me or talking to me about it to get to the bottom of it, or they would have found out that it was not the truth.  Around the same time, one of the men from the church, James  (who also attended Nightlife and Koinonia) approached me after church when everyone was standing around and loudly accused me of patronizing the bars up town.  Indeed I had been NEAR those bars as some friends of mine and I were witnessing to the people who hung out in the downtown park that was in the middle of several bars in our town.  He assumed I was living in sin when I was actually trying to lead people to Christ.

Anyway…after said church service, James met me in the aisle and when everyone was filing out of the sanctuary, but still all around us, he approached me telling me that I was in sin and that I needed to repent.  People were looking on wondering what was going on and I was absolutely MORTIFIED.  I was hurt beyond description since I had just the week before been accused of misusing the church van.  I said loudly-enough, ‘ IF this WAS true, this is NOT the way the Lord would handle this, James, and it is NOT true!”  He put his hands on his hips and said, “Oh, how do you think the Lord would handle this??”  I brought up Matthew 18:15-17  (which is the same situation with the associate pastor and the van):

“If your brother or sister sins, go and point out their fault, just between the two of you. If they listen to you, you have won them over.But if they will not listen, take one or two others along, so that ‘every matter may be established by the testimony of two or three witnesses.’If they still refuse to listen, tell it to the church; and if they refuse to listen even to the church, treat them as you would a pagan or a tax collector.” -Matthew 18:15-17

I then left as quickly as possible crying my eyes out. I later made an appointment with the pastor and after the discussion he confessed that the associate pastor should have handled things much differently and that he would talk to James.

The following week James was elected to church council.  He’d never approached me to ask me for forgiveness.

That was it. That was the last straw.  I felt I had no place left to go and was fed up with the Lord’s people.  I made up my mind there and then that I absolutely need the Lord, but I do NOT need His people!  I left the church and the last fellowship I had left.  My cousin and I were close and we wound up spending a lot of time together just hanging out and going to non-church-related outings here and there.

That was my big mistake.  I totally cut all the Lord’s people out of my life.  I was too hurt and felt too betrayed to  be in the presence of a group of Christians.  I neglected to keep in mind Hebrews 10:25:

“not neglecting to meet together, as is the habit of some, but encouraging one another, and all the more as you see the Day drawing near.”

I never intended it to happen. The backsliding I was accused of but wasn’t guilty of became what I would be guilty of afterwards.  I thought I didn’t need God’s people. But the lack of fellowship brought the lack of time in Gods Word and situations in the world arose giving me the opportunity for friendships and places that had no right being in the life of a follower in Jesus.

A few years into it, my father died. Ten months later my best friend died and less than a year after that my cousin who was also a best friend died. I was distraught and found distraction in the world.  But the Lord was and is faithful. He undersood my hurt. He went through it too, with His closest friends -the disciples.  He  died for my hurt. He comforts me and my faith in Him should be all that matters.  I still had a great love for Him but when you don’t spend time with those you love, a great distance arises, and it did.  Till he wooed me back.

Long story short:  I was right in the feelings I had about what happened with the church and Christian friends I had. But instead of staying away from God’s people, I should have sought out a better environment with a new group of Christians.  Live and learn, right?  In addition to that is the blessing that we receive when we minister to others!  We are called to be the body of Christ.  Every member of the body depends on the rest.  If you are hurt and feel betrayed, remember that nobody understands it more than our Jesus and that we have to answer to HIM one day for our reactions and responses to this life we live.  Not others.

We do need each other. Whether we like it or not at times, we need each other.  This week’s devotional from the You Version family discusses this challenge:   Holy Emotions: Biblical Responses to Every Challenge  :

When we are with each other, He is with us. If you want to spend time with God, try spending an evening with a group of people who love Him. If you feel alone, invite some people over who love to pray and guess Who else will walk in your door?

God dwells where praise is full and strong. If you want Him to make Himself real and known to you, then you should spend your life worshipping Him. God shows up when a man or woman of God defies events and circumstances with a heart overflowing with pure worship. If you deal with loneliness, turn up the worship music and lift your hands in the air because He is there! You are not alone. Sing out loud and sing out strong! He is there! You are not alone. Sing in the car and in the shower and He will be with you. Whenever you make a conscious choice to worship, you have just placed yourself in His presence. You are not alone. Ever.

If I was a doctor, and I suppose that I am … I am a doctor of the soul, so let me write you a prescription for loneliness. Give to someone else at least three times a day. Your loneliness will be cured when you are more concerned about someone else’s needs rather than your solitary life. Smile at someone in the grocery store aisle. Write an old college friend a note and reconnect with her. Do not be passive and stay at home watching television, because you will find that giving is always the cure for loneliness.