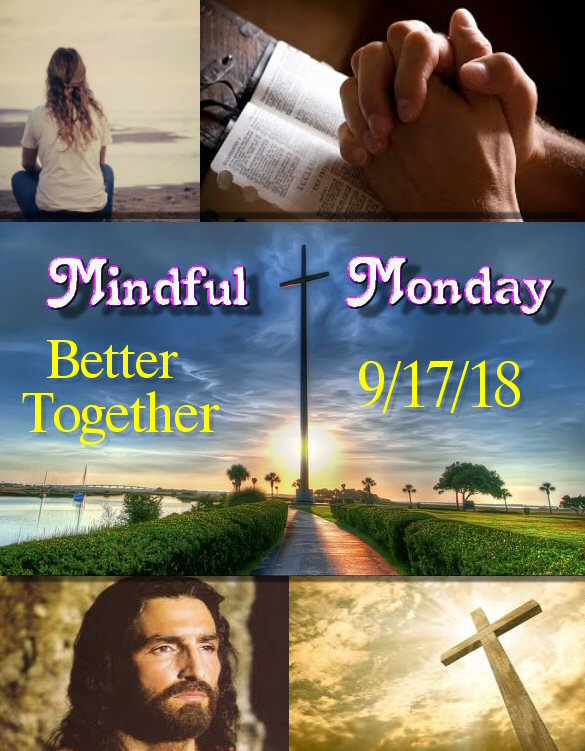 We Christians need each other, like it or not!

I know many of us (myself included) have been hurt (sometimes very deeply) by other Christians.  It can hurt like no other hurt and it leads us to feel like we need to stay away from other believers.

I went through that in my 20’s. I was very involved in my church and several inter-denominational Christian fellowships and Bible studies.  I was single at the time and it felt like people my age were meeting at these fellowships, hooking up and getting married or moving away to start new adventures. I had church or a Bible study or fellowship every night of the week but one.  I was never home.  I lived at home with my parents still at that time.

One by one groups stopped meeting for whatever reason and it go to where I was only left with church.  Then at church I drove the church van picking up inner-city kids that nobody else wanted to deal with. I weighed about 150 pounds more than I do now, and you can bet I heard everything those kids had to throw out at me about my weight.  I kept telling myself to bear it because the Lord was the One to deal with these kids. My job was only to be obedient and get them to church and get them back home again.

One night after dropping the kids off, I went back to the church to drop the van off, get my car and go on my way.  There was a sticky note on the windshield of my car by the associate pastor ‘relieving me’ of my ‘duties’ and accusing me of using the church van for personal reasons.  No discussion, not even in person. Just an accusation on a yellow post-it note. Done and done.

A few days later one of the guys (I’ll call him Jim)  in the church who was my age, and who also attended the inter-denominational fellowships I’d been involved in for years approached me after church in the aisles when everyone was talking before they left.  He yelled at me accusing me of being uptown in the bars.  In truth, I had been uptown, but NOT in the bars. I’d been in the park there on the square witnessing to people who came out of the bars with fellow Christians.  I was not patronizing the bars nor “partying”. I’d been about my Father’s business.

Jim was yelling at me loudly accusing me of being backslidden and that I was not in the Lord’s will and that I needed to repent.  I’d already had it.  I yelled back at him, “That’s not true, and if it WAS true, this is NOT the way the Lord would handle it!”.  He put his hands on his hips like a bratty child and said, “Oh yeah, how do you think He would handle it?”  I quoted Matthew 18:16, “But if they will not listen, take one or two others along, so that ‘every matter may be established by the testimony of two or three witnesses.'”  He would NOT ASSUME things of me He didn’t know to be a fact and get in my face in front of others screaming at me like a banshee!

I ran to a room and the pastor’s wife followed me with me crying my eyes out, humiliated.  After I calmed down, I scheduled a meeting with the pastor to discuss the note from the associate pastor and then Jim’s humilation.  At my meeting with the pastor, he said he would talk to them both.  The associate pastor later apologized.  But two days later, Jim was voted onto church council and never apologized or even tried to talk calmly with me.

That was it for me.  I told the Lord, “I’m not leaving YOU, but I want NOTHING to do with your PEOPLE!” .  I left my church and left my fellowship group (the only one that was still there hanging on by a thread).

Looking back, I know the Lord understood every tear I shed over that and that He was not happy with His people who sinned against me and hurt me so badly.  But He also knew how being away from other believers would eventually also lead me away from Him.  Without the fellowship and the teachings (this was before the days of the internet) I did wind up backsliding.  For 9 years, in fact, with my two best friends who were also fed up.

I had every right to feel hurt and betrayed and I had every right to leave that church.  But I SHOULD have found another church and other fellowships rather than giving up on other believers completely.  I learned the hard way that other Christians may do me wrong , as ANYONE will do me wrong, but I have to answer to the Lord for my OWN relationship with him. I have a duty to obey the Bible, including Hebrews 10:25, ‘and not giving up meeting together, as some are in the habit of doing, but encouraging one another–and all the more as you see the Day approaching.”   That’s clear as a bell. We need each other. Whether we like it or not 🙂

I did come back to the Lord in 2002 when I was carrying my son through a very difficult pregnancy.  I didn’t want to bring him into the world into a home without it being a Christian home.  I was living in another city at the time (having gotten married and moved away).  The Lord provided a wonderful women’s Bible study group (where I experienced another hurt, but the Lord brought healing…) I was a big part of for 10 years. Also a church which we were a part of till we had to move back to my hometown to be near my mom who was diagnosed with Alzheimer’s.

I read a devotional that reminded me of those days and I hope it inspires you as it did me:

So in Christ we, though many, form one body,

and each member belongs to all the others.

We’re more alike than we sometimes realize. We’re all a bit afraid. We all want to belong. We all worry we will be too much or not enough. We all tend to feel more comfortable with a little distance between ourselves and those around us because we’re afraid we won’t be loved if we’re seen close up.

We might create that distance by saying “I’m fine” when we feel broken inside, holding on to our couch like it’s a lifeboat every evening, working too much, drinking too much, doing anything that will make us feel like we can avoid others seeing us as we really are.

But that’s not how we’re made to live. We need to walk onto the stage, out the door, across the room, and spill what’s really going on in our lives. We need to let people see our faces without makeup and our souls without scripts and our lives without the polish and practice.

So let’s be brave today. Let’s love and be loved. Let’s look with gentler eyes at ourselves and each other. Whether we’re in pajamas or high-heeled pumps.

Whether we’re holding a microphone or warming up leftover coffee in the microwave as syrup-splattered toddlers run circles around our ankles. Whether we’re close up or far away.

None of us needs to have it together; we only need to remember we’re better together.

“…so it is with Christ’s body. We are many parts of one body, and we all belong to each other.
–Romans 12:5 NLT

You can read this and other devotions in Holley’s book here: