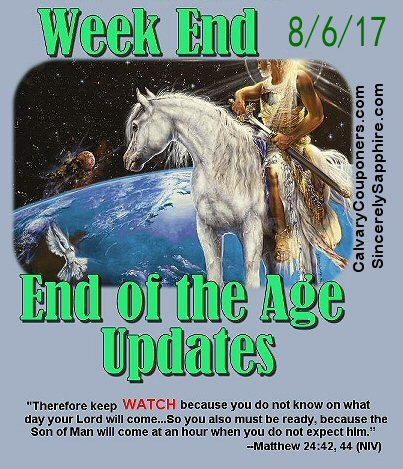 Are the rest of you winding down your summer and getting ready for back to school?  Where did that summer go? I’m really thankful, however, that the summer here in north central Ohio was pretty mild.  Last year it was a brutally hot summer. It’s nice to always find things to be thankful for!  Another thing to be thankful for is this brings us one season closer to the Lord’s return. I know many of us are thankful for that and clinging to that blessed hope!

Are the rest of you winding up your summer activities and getting ready for back to school?  Where did the summer go? ? I’m grateful that it was a fairly mild summer here in north central Ohio and not overwhelmingly hot like it was last year.  There’s always something to be thankful for, isn’t there?  We’re one week closer to the return of Jesus and the end of the age which ushers in God’s Kingdom with Jesus as the ruler of the earth. That’s definitely our blessed hope!

You can get Ron’s book here –>

You can check out Brent’s DVD series here –> 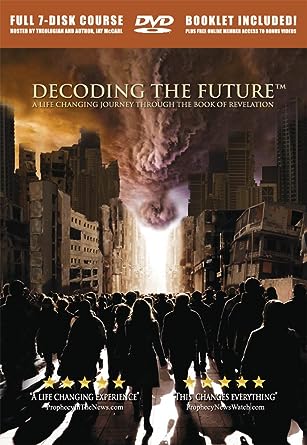 or Part 1 on Amazon Video HERE

Abdullah-Abbas meeting to show Jordan, Palestinians ‘speak with one voice’

Abbas vows to keep up financial pressure on Hamas

US Senate panel approves bill to suspend aid to Palestinians

ISIS Defeated in Mosul but Humanitarian Fight Has Just Begun

‘There is too much anger out there.’ Bombing of a Minnesota mosque leaves Muslims concerned

North Korea: Sanctions Are Not Enough

China calls for halt to US THAAD deployment in S.Korea

Savage: “There Will Be Civil War In This Country” If Trump Taken Down

U.S. Army halts use of Chinese-made drones over cyber concerns

When Will the Tech Bubble Burst?

Rise of the machines

1400-Quake Swarm Prompts Question “If Yellowstone Erupted, What Would Be Left?”

The first U.S. boxer to fight as a woman, and then as a man

Transgender Soldiers Want the Dignity of Serving Their Country