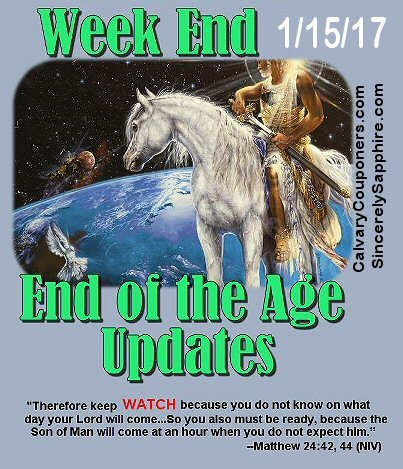 I have a lot more to do to move in to my space here at Sincerely Sapphire, so please be patient if you see anything that looks odd 🙂 I will be trying out new graphics and new themes, no doubt till I’m happy with the result 🙂  I want to get my regular content started however, so this is the first of probably many end of the age updates.  If you watching nothing else of the videos here in this post, watch the very first one by Pastor JD Farag. Very eye opening!

Wow! Things are really escalating in our world right now. I really encourage you that if you watch no other video below, watch Pastor JD Farag’s prophecy update. He really explains a lot we all need to know, especially this historic week here in the U.S.

no new video this week but his father’s testimony was:

Click on image below for Tom’s book, Abaddon Ascending

In long-shot Paris peace bid, France sees nothing to lose

Fatah warns moving US embassy will ‘open gates of hell’

Abbas at Vatican: Peace could suffer if US embassy moves

For Israel, Energy Boom Could Make Friends Out of Enemies

IDF tank blasts back as forces come under fire from Gaza

Syria calls on UN to ‘punish’ Israel over airport attack

Iraq makes swift territorial gains against IS in Mosul

German plane from Oman lands in Kuwait over bomb threat

Top Bishop: Europe Will Soon Be Muslim Because of Our Stupidity

Poland welcomes thousands of US troops in NATO show of force

Bikers for Trump Ready to Stand up to Protesters

In the shopping cart of a food stamp household: Lots of soda

NBA will consider shortening games due to millennial attention spans

Bogoslof volcano in the Aleutian Islands erupts to 18,000ft

‘River of moisture’ to resume rounds of flooding rain, feet of snow in California during late January

Four Dead in Ice Storm Wrecks; Kansas and Missouri Brace for Another Round

A severe winter storm that swept across northern France on Thursday night left more than 300,000 homes without power

How Christianity in America Changed During Obama’s Presidency: Pew Report