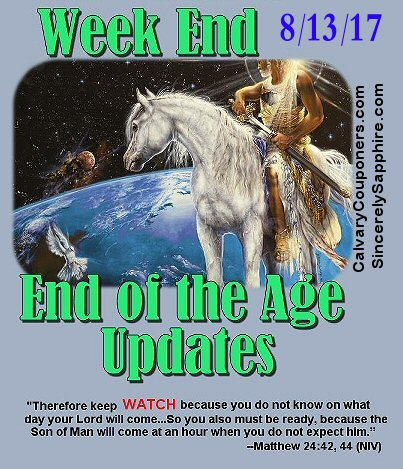 Hello everyone 🙂  Is everyone else getting ready for back to school or are your kiddos already back in school?  This coming week is the last week of summer break for my son.  It’s a financially tight summer for us or we’d go and do something special.  My son is looking forward to school though. He can’t speak words (till the Lord’s timing…) but when I mention school he lights up.  When I ask him if he likes school he does his cute nodding he’s developed these past few years 🙂  He may have autism, but he is smart and bright and very present. I couldn’t ask for a better-behaved and sweeter child if I wanted to. He is so good and sweet and loving.

In light of all the world news and the scare we all feel (and fight to not feel), I’m trying to cling to my faith and the blessings the Lord has given me like the gift of my son.

How do you cope?

You can check out this book here –>

You can check out “The Revealing”, here –>

One Wounded in Stabbing Attack by Jerusalem’s Damascus Gate

UN stuck on the fence between Israel and Hezbollah

Maduro’s son threatens to ‘take the White House’ with guns in case of U.S. intervention

Backlash as Trump blames ‘many sides’ for violent clashes in Virginia

Protests Rage On in Kenya After President Is Re-Elected

Is Alexa spying on us? We’re too busy to care – and we might regret that

People Back Editing Genes to Treat Disease, but Are Wary of Inheritable Changes