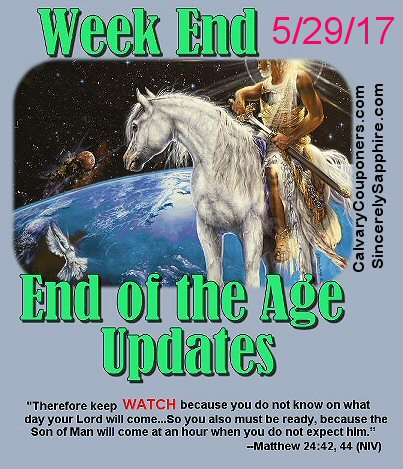 This is posted a day late, but better late than not at all 🙂  I had a family crisis yesterday.  Prayers are very appreciated…

(no new video this week that I could find)

Trump furious with Abbas: You lied to me

Bloomberg reports that Palestinians close to Abbas have disputed the report of discord, saying that the meeting with Trump was good

Netanyahu Returns to the Western Wall Tunnels, the Bedrock of His Political Existence

Israeli President Rivlin Pronounces – We All Worship the Same God

If Russia recognizes Jerusalem, why can’t other countries do so?

‘We will become a minority in Israel’: Six-Day War cabinet minutes released

Can ‘Jewishness’ be proven with a simple saliva test?

Israel preparing partial evacuation in case of conflict with Lebanon

Coptic Christians accuse Egyptian government of failing to protect them

Bodies of civilians dumped near Philippines city besieged by Islamists

Christians caught up in Philippines’ urban battle with Islamists

Russian Lawmaker: We Would Use Nukes if US or NATO Enters Crimea

PM Abe: Japan will take steps with US to deter N.Korea

Pentagon chief: War with North Korea would be ‘catastrophic’

Merkel: Europe ‘can no longer rely on allies’ after Trump and Brexit

Merkel: Europe must stay united in face of ally uncertainty

Assange: ‘Kushner correct to create channels with everyone’

India reports its first 3 cases of the Zika virus

To many Americans, Memorial Day has lost its meaning