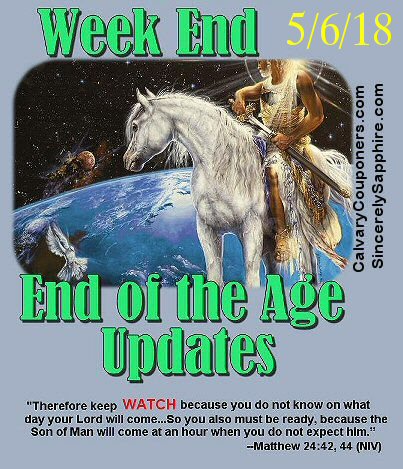 Hello everyone! How are you all?  Finally enjoying this sunny weather?  It was such an odd April in terms of weather here in north central Ohio that I’m a little hesitant to say Spring is finally really here! lol  There are some lovely buds on the tree outside my window, so I hope that’s a good sign 🙂

If you watch nothing else in this post, please watch this first video by pastor J.D.  It’s very eye opening! If you’ve ever watched the first Left Behind movie (or read the book), listen to what he says in this video. Especially around the 15 minute mark relating to France’s Macron putting together a 10 nation group.  Remember the scene where Buck is in the meeting with the Antichrist and the leaders of the ten nations? Yeah…that one.  Watch him —->

Joel has a new book that’s fresh on the market called The Kremlin Conspiracy  I read it and look forward to the next in the series! 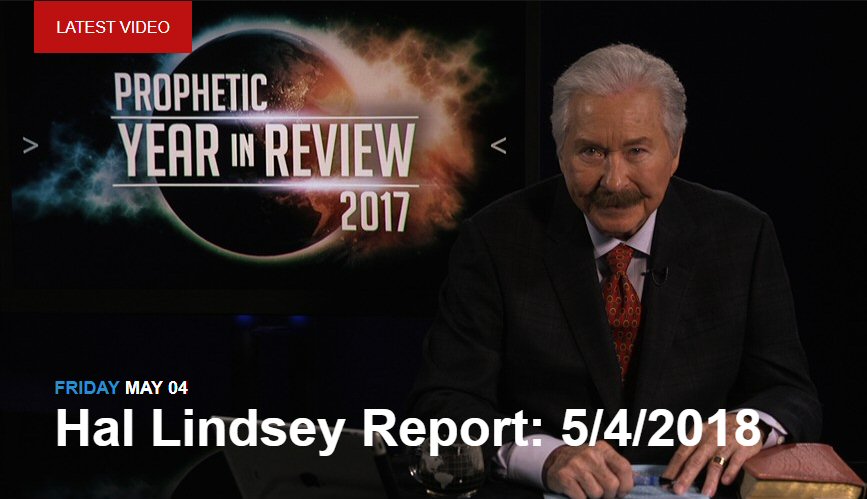 Brother Missler went to be with the Lord this past week. What an amazing life and, even more an amazing ministry he had! I’m so glad we have his videos to still learn from thanks to the miracle of technology!

Netanyahu, Putin to meet next week amid Syria tensions and ahead of Iran deadline

Netanyahu: Iran’s aggression to be halted at any costs

UK’s Johnson in bid to save Iran nuclear deal

The Iran deal is dead – Iran killed it

Lebanon heads to the polls today to decide: Will the country be Iranian or Arab

North Korea says US ruining mood of detente ahead of summit

With no letup in home prices, the California exodus surges

Tick And Mosquito Illnesses Tripled Since 2004 – Is Weather To Blame?

Tech workers are paying $7,000 to freeze their stem cells in hope of extending life

This handheld 3D printer can print skin onto people